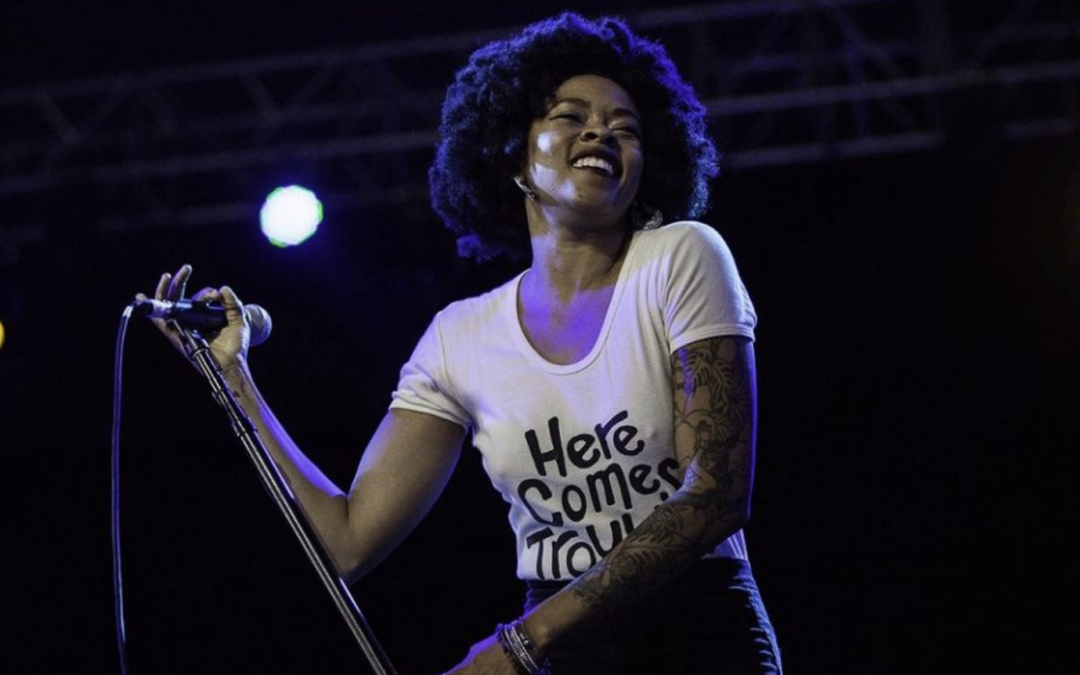 Nikki Hill, a vocalist, lyricist, and bandleader from Durham, North Carolina known for her southern soul with a rock n’ roll sound, stirred up a lot talk throughout her career.  And, she will be the talk of the town after her performance at this year’s Great Joliet Prison Break In.

Raised by a single mother and two older sisters, Nikki was brought up in the church and choir where she first began her love for music. As a young teen her curiosity started to peak and she fully absorbed herself in the North Carolina roots. Seeing those who inspired her from Dexter Romweber to Bo Diddley, Nikki found interest in rockers, bartenders, cowpunks and starving artist.

As her career began, Nikki didn’t mind sharing her vocal harmonies with other local bands. In 2005 this led her to a musician by the name of Matt Hill. They both shared a lot in common, especially their love for their craft, then eventually they got married and moved to St. Louis. The both merged their music together and became a duo quickly known in the Chicago and St. Louis area. Their energy, unique sounds and loving vibes amongst one another really grabbed an audience.

In 2013, she released her album “Here’s Nikki Hill” then slowly things began to change. She became known for “confusing” audiences with her look and sound. With not much knowledge toward African American rock n’ roll musicians, she found herself in an odd spot. Instead of changing who she was in order to make it comfortable for the crowd, she decided to stay true to herself and show everyone that there isn’t just one look to this genre of music. This led her to many victories later in her life, including playing over 20 festivals and approximately 200 venue shows. With things making a huge comeback for her career, she has now made it word-wide, inspiring those all over the US and to Europe.

Take a listen to “Ask Yourself” by Nikki Hill below! You can find out more about Nikki by visiting https://nikkihillrocks.com/.